It has been a long, dark crypto winter for Bitcoin (BTC 4.15%), with the price of the world’s largest cryptocurrency now down close to 60% this year. High inflation, which has led to aggressive interest rate hikes from the Federal Reserve, has largely led to cryptocurrencies acting much like tech stocks, which don’t fare well in the face of rising interest rates.

With more rate hikes projected, many are now wondering when the crypto winter will end. While it’s hard to predict the near-term future, there is one event that may allow Bitcoin to escape these hard times.

Aside from rising interest rates, one event that has seemingly impacted the crypto market is the surging U.S. dollar, which has hit a 20-year high. The dollar index, which tracks the U.S. dollar against other currencies, is up close to 18.5% this year. The dollar briefly overtook the euro and has closed in on the British pound sterling as well. 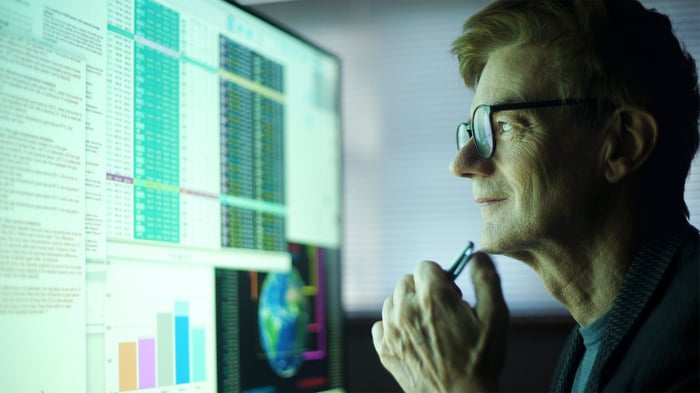 Not only have surging interest rates contributed to the strong dollar, but the U.S. dollar is also the world’s reserve currency and right now the world is struggling after Russia’s invasion of Ukraine, which has led to disruption in the energy market. This has led to more struggles in Europe and the United Kingdom, and significantly dulled the region’s economic prospects.

While the U.S. economy could be heading into a severe recession, most economists would still take its prospects compared to other parts of the world right now. All of this has led investors and other stakeholders to move into the dollar in a flight to safety.

But a strengthening dollar has historically not been good for Bitcoin, which tends to trade inversely to the dollar. If you think about Bitcoin’s origins, this makes a certain amount of sense. Bitcoin was initially founded following the Great Recession when people had little faith in the mainstream financial system, which, at the time, had just played a big role in bringing down the economy.

The goal was to create an alternative currency and financial system outside the government’s control, giving it less chance for manipulation. So, if there is a lot of faith in the dollar, there is likely less faith in crypto.

How the U.S. dollar could help Bitcoin

If a surging U.S. dollar hurts Bitcoin, then a falling U.S. dollar would likely help the world’s largest cryptocurrency. In general, the dollar’s strength has had a solid correlation to the Fed’s benchmark overnight lending rate, the federal funds rate.

While members of the Fed still expect to have to continue to raise rates later this year, there is a decent amount of investors who believe the Fed is going to have to pivot sooner than the market thinks because the economy is headed for a more severe recession that won’t allow the Fed to be as restrictive with policy.

However, even if this happens, the dollar could still remain strong if it continues to be a safe haven for investors while other European economies struggle, so keep an eye on geopolitical events like Russia’s occupation of Ukraine and the resulting energy crisis abroad. Still, with the dollar so hot right now I do think there is a chance it might cool off in the near future, which could be a boon for Bitcoin.

There’s a wry humor in the fact that Bitcoin has at times been very closely correlated with traditional markets.Bitcoiners generally...

Bitcoin (BTC) and Ethereum are two of the most popular zero-to-hero stories in crypto. Together, they made hundreds and thousands...

A pro-crypto US Senator says that Bitcoin (BTC) would greatly benefit if the U.S. Securities and Exchange Commission (SEC) further...

Editor's Note: With so much market volatility, stay on top of daily news! Get caught up in minutes with our...