Editor’s Note: With so much market volatility, stay on top of daily news! Get caught up in minutes with our speedy summary of today’s must-read news and expert opinions. Sign up here! 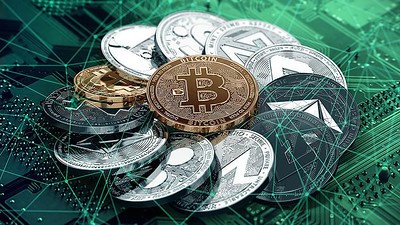 (Kitco News) – Volatility returned to the crypto market on Friday after higher-than-expected data related to core personal consumption expenditures (PCE) – both month-over-month and on an annual basis – added to the likelihood that the Fed will need to continue to raise interest rates for the foreseeable future.

After climbing to a multi-decade high earlier in the week, the DXY has declined 2.15% from its peak, which provided some relief to asset prices. However, developments in Europe – including record-high Consumer Price Index (CPI) readings such as a 17.1% year-on-year increase in the Netherlands – squashed any momentum generated by the pullback in the U.S. dollar.

Data from TradingView shows that Bitcoin (BTC) experienced a quick 3% spike on a single hourly candle and hit an intraday high at $20,165 in the early trading hours on Friday before profit taking saw it pullback to support at $19,700.

The sudden spike in BTC price was not a surprise to Kitco senior technical analyst Jim Wyckoff, who had mentioned that “Prices have been grinding sideways in quieter fashion recently,” in his morning Bitcoin update, which had “created a ‘collapse in volatility’ despite keener risk aversion in the general marketplace.”

“The collapse in volatility suggests a bigger price move is on the horizon,” Wyckoff foreshadowed, prior to today’s explosive move higher by Bitcoin. Still, the analyst warned against going all in just yet, as “bears still have the slight overall near-term technical advantage.”

“A move in BC prices above the September high would empower the bulls to suggest a price uptrend developing, and a move below the September low would recharge the bears and restart a price downtrend,” Wyckoff advised.

Bitcoin as a hedge against currency collapse

The topic of Bitcoin as an inflation hedge remains highly debated in the face of the “digital gold’s” poor performance thus far in 2022 amid rising global inflation, but its use as a hedge against currency collapse is gaining traction.

As shown in the following tweet from the crypto market intelligence firm Messari, the demand for purchasing BTC with the euro and British pound spiked to all-time highs over the course of this past week as the dollar went on a rampage.

As these individuals from the UK and EU see the value of their currency collapsing, they effectively selling the pound and euro for #Bitcoin.

If this were just a trade to capture the volatility, we would have seen similar spikes in May 2021 and certainly in March 2020. pic.twitter.com/aMYOun6Pzx

One of the most notable developments is the fact that Bitcoin has remained relatively stable in the face of the surging dollar while competing fiat currencies collapsed, a possible indication that the wider public is starting to wake up to the value BTC has to offer.

As for now, weary crypto traders may have something to look forward to as Friday brings the end of the month and the end of Q3, making way for Q4, which has historically been positive for Bitcoin and the crypto market.

Historically Q4 has been Bitcoin’s best performance by far, with an average quarterly return of +103.9%

Altcoins finish the week in the green

On the whole, it was a positive day for the altcoin market, with a majority of tokens in the top 200 seeing at least slight gains on Friday.

There’s a wry humor in the fact that Bitcoin has at times been very closely correlated with traditional markets.Bitcoiners generally...

Bitcoin (BTC) and Ethereum are two of the most popular zero-to-hero stories in crypto. Together, they made hundreds and thousands...

A pro-crypto US Senator says that Bitcoin (BTC) would greatly benefit if the U.S. Securities and Exchange Commission (SEC) further...

Spain's largest telecommunications company is now accepting bitcoin and cryptocurrencies as payment on its ecommerce store. Telefónica partnered with Bit2Me,...